The work of MCnet is divided into teams, following the original ITN funding structures. Although each is named after the original coordinating institution, several include members of other academic institutes:

The Manchester group is part of the Lancaster-Manchester-Sheffield Consortium for Fundamental Physics and includes Jeff Forshaw and Brian Cox, authors of the POMWIG Monte Carlo, who are planning to contribute to a new model of diffraction in Herwig, and Mrinal Dasgupta, expert in QCD resummation.

The Durham team has members from Durham and Edinburgh Universities. It is part of the Institute for Particle Physics Phenomenology (IPPP) which is a world-leading phenomenology group with approximately 16 academic staff, 19 postdocs and 38 postgraduate students. There is an advanced series of graduate lectures covering the full range of modern phenomenology, a regular series of seminars together with a programme to bring senior academics for longer periods. This provides an excellent training environment for the students, particularly in Monte Carlo simulations which encompasses many different areas of research, with the students having both lectures from and easy access to world leading experts in most areas of phenomenological research.

In addition the university runs many courses in transferable skills, as part of the PhD programme, which will be available to the students. The IPPP grant from STFC provides excellent computing and secretarial support and the existing facilities for visitors mean both visiting members of the network and the ESR residencies can be accommodated. The IPPP hosts one of the largest high-throughput computing clusters at any UK university, and coordinates the efforts of the PhenoGrid, giving users access to further grid resources.

The University of Glasgow team involves members of the CEDAR/Rivet project, and has strong links to related activity in Durham and UCL.

Short-term studentships at Glasgow focus on interpretations of MC physics, from use of precision features like MC systematic errors to generator tuning and BSM limit-setting using MC generators and analysis tools such as Rivet. Here are some examples of project possibilities at Glasgow: 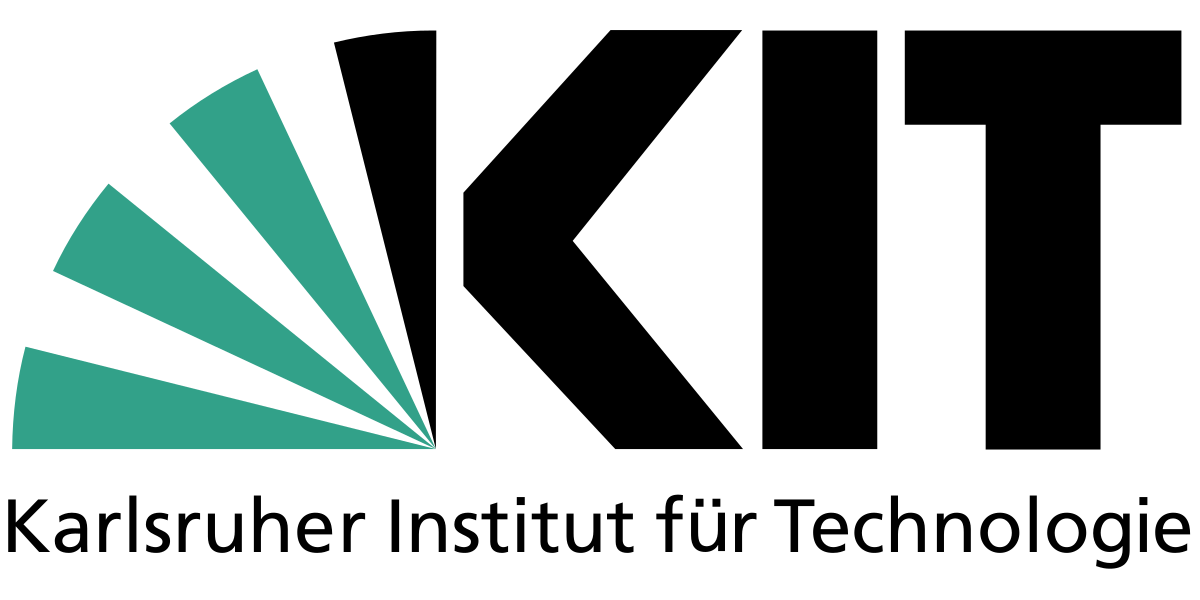 The Karlsruhe team has members from the Karlsruhe Institute for Technology (KIT) and members of the Vienna Partner.

The research in the Karlsruhe team is centered around the event generator Herwig++. The main topics of research are the development of matching and merging strategies of parton showers and higher order perturbative calculations and the development of a model for Underlying Event and Minimum Bias physics.

The environment in Karlsruhe is ideal for training ESRs. There are two theory institutes, the Institut für Theoretische Physik and the Institut für Theoretische Teilchenphysik with a large number of academic staff and postdocs at the university with expertise in Higgs-physics, B-physics, Multiloop computations and other LHC/Monte Carlo related areas. This is complemented with a large involvement in present and future collider experiments (CMS, Belle) and neutrino experiments and astroparticle physics at the Institut für Experimentelle Kernphysik at the North Campus. The regular curriculum includes advanced courses in theoretical and experimental particle physics. In depth teaching for all graduate students is supplemented by the Graduiertenkolleg Elementary particle physics at highest energy and precision and the graduate school KSETA.

The Louvain team is part of the Centre for Cosmology, Particle Physics, and Phenomenology (CP3), founded in 2003 at the Université Catholique de Louvain (UCL). CP3 hosts research on particle detectors, high energy particle physics, phenomenology, theory of the fundamental interactions and cosmology, equally strongly on the experimental and theoretical fronts. The aim of the Centre is to bring together researchers in these scientific fields and to encourage collaboration. The CP3 group consists of eleven staff members (seven experimentalists and four theorists), more than fifteen postdocs, twenty-eight Ph.D. students and a variety of master and bachelor students. All scientific activities, such as weekly seminars or conference organization at the national and international level, are always run in conjunction between experimental and theory group.

A very important and quite unique branch of activities is the development of tools for phenomenology, from a package (FeynRules) to implement the Lagrangians of new physics models, to matrix element-based generators (MadGraph5_aMC@NLO) and derived packages (MadDM,MadDump,MadSpin) to universal detector simulation packages (DELPHES). The Monte Carlo group is involved in collaborations with MCNet, with several other centres in Europe (e.g., CERN, Paris, NIKHEF, Bologna) in the US (e.g., Fermilab, UIUC) and Asia (IHEP).

CP3 has well-established outlets for academic training at all levels. A series of weekly seminars are organized, in which scientists from all over the world are invited to share their expertise on a specific subject. In parallel, the group holds internal lunch seminar meetings, where the most recent results in theory and experiment, achieved by group members, are informally discussed. All these activities are extremely well attended and give an excellent opportunity for researchers, from students to staff members, to meet colleagues, discuss, and develop new ideas.

The Lund team has members from Lund University and members of Monash University. The team is very experienced in modeling multi-particle production processes and implementing these models in event generators. Besides the team members, the HEP group at the Physics department also includes Gösta Gustafson who is well known for his work on the models implemented in the Lund-family of event generators, Johan Bijnens who works in the field of chiral perturbation theory, and four PhD students.

The team also collaborates closely with the experimental HEP particle physics. This group is active in the ATLAS and Alice experiments, and also in the planned LDMX experiment.

The core UCL team includes experts on Monte Carlo event generator development, tuning and usage, as well as experimentalists mostly working on ATLAS, but with experience from HERA, Tevatron and elsewhere, making relevant measurements at collider experiments. We contribute mainly to the CEDAR MCnet project, especially to the development and maintainance of Rivet and Contur, and to the storage and reinterpretation of data via HepData and other tools. We work closely with local theorists with expertise in BSM model bulding, precision Standard Model calculations and (Beyond-the-Standard)-Model building.

More information on the wider UCL HEP group can be found here.

The Vienna Team is led by Simon Plätzer and is embedded in the Particle Physics Group at the University of Vienna, which hosts expertise in several complementary fields centered around phenomenology of the Standard Model of particle physics.

The Particle Physics Group has a strong focus on QCD and Effective Field Theory methods, and the Vienna team contributes to the development of the Herwig event generator in the areas of matching, parton shower development, colour reconnection and hadronization, with close links to the Karlsruhe team. We also address the theoretical foundations of parton showers in an effort to improve on their accuracy, and are involved in developing connections between analytic predictions and parton shower algorithms to identify the precise definition of fundamental parameters such as quark masses. Within a closely related effort and in collaboration with Jeff Forshaw of the Manchester team, we develop the CVolver framework for a parton shower evolution at the amplitude level, both concerning its theoretical basis and innovative Monte Carlo methods and their implementation.

Members from both TH (theory) and SFT (physics software) groups of the physics department of CERN. CERN hosts one network meeting per year.

Australian team in Melbourne, led by Peter Skands. Monash hosted the 2018 school at their European Campus in Prato, Tuscany.

In Cracow, Poland, with the members of Institute of Nuclear Physics PAN, led by Andrzej Siodmok.

With the members of Technische Universität Dresden, led by Frank Siegert.

Led by Jenni Smillie of the University of Edinburgh, working on HEJ and associated QCD radiative-corrections physics.

Fermi National Accelerator Laboratory, USA, with the members of the theory division.